The Role of Liquid Biopsies in the Clinical Trial Setting

A liquid biopsy is a testing technique where a sample of blood is analysed for cancer cells from a tumour that is circulating in the blood, or for pieces of DNA from tumour cells that are in the blood.i

The potential of using cell-free DNA (cfDNA) was evaluated and investigated already in 1947.ii

However, it was first in 2013 Osborne et al. reported on a case of detection of cancer in a pregnant woman by cfDNAiii. During recent years liquid biopsy (LB) techniques with cfDNA including circulating tumour DNA (ctDNA), have been recognized as useful biomarkers for research diagnosis and prognosis of solid tumours.iv

The following article explores the advantages and disadvantages of liquid biopsies as well as some emerging new techniques within LB and next-generation sequencing (NGS).

Cancers are often found in organs of the body that are difficult to access like the brain, ovaries or pancreas. Obtaining tissue-resident biomarkers from these tumours through a surgical biopsy may result in a significant risk of bleeding or infection.

cfDNA is released into the bloodstream as a consequence of cellular processes such as apoptosis, proptosis, phagocytosis and autophagy, as well as regulated neutrophil cell death. The levels of DNA are higher in patients with cancer and structural changes in the DNA sequence can be observed, which in turn reflects the disease process.v

Liquid Biopsies provide real-time information on the tumour which is important as such information varies with time. The detection of these variations positively impacts timely treatment modifications which can be beneficial for the patient.

Analysis of DNA from traditional biopsies provides information on the predominant cells in the tumour, in contrast, tumour analysis on cfDNA reveals information on all tumour sites which will provide a more accurate monitoring of the patient’s disease burden and progression as well as detect heterogenicity within the tumours.

Finally, cfDNA released by the tumour into the bloodstream has the same variants as those of the tumour cells. As the sampling itself is relatively easy, information can be obtained at different times without any inconvenience to the patient. Timely information on the different variations of cancer cells can be considered when designing new powerful targeted therapies.vi

As with the application of any other test, liquid biopsy has its limitations which may impact physicians’ willingness to rely on blood-based tests results.

One of the shortcomings of LB is the variations in cfDNA levels among patients. Among cancer patients, tumour-derived cfDNA accounts for 0.1-10 % of total cfDNA.vii

Therefore, it may be difficult to detect early-stage disease.

Although there is increasing use of these assays the tissue biopsy remains the gold standard for the confirmation and diagnosis of diseases including various cancers, and for the determination of the characteristics of a disease. At present, liquid biopsy is not used as a replacement for the tissue biopsy test but is used primarily as a complementary test to tissue biopsy.

More validation in clinical trials is required on the value of liquid biopsies in the medical setting to support the clinical utility of the test and as such, there is currently not a widespread utilization of the liquid biopsy test within the medical community. More studies are needed to assess the test’s accuracy and its ability to identify various tumour types and it is not yet clear if the liquid biopsy provides a representative sampling of all genetic clones within a tumour or if there is a bias to specific sub-regions of the tumour.

Liquid Biopsy has emerged as a method to monitor treatment and relapse, and define eligibility for targeted therapies. It is less troublesome for the patient but does in many cases need further clinical evaluations in order to become the gold standard, there is also a cost limit that may have an impact on non-profitable founded institutions.

Though not yet standard in clinical practice, liquid biopsy and further development of LB definitely has a place in clinical research. 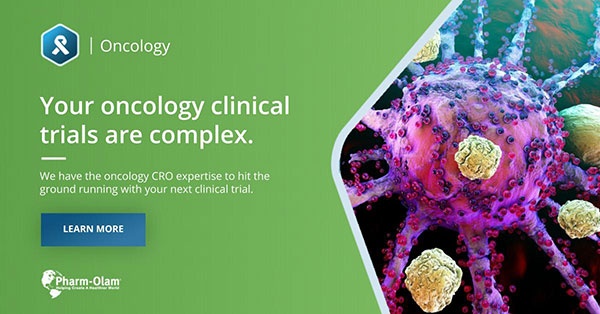 The Formula for Success in Rare Disease

Download this ebook to learn the formula for success when conducting rare disease clinical trials.